During our interview, Dr. Steve Sherwood of the W.L. Adams Center of Writing at TCU claimed that Vershawn Ashanti Young’s “Should Writers Use They Own English?” made the single most convincing argument for non-standardized English in academic writing that he has read. Young crafts his entire academic argument in  African American Vernacular English (AAVE) or Black English. Dr. Sherwood came across this piece in Writing Centers and the New Racism by Laura Greenfield and Karen Rowen, but it was origina 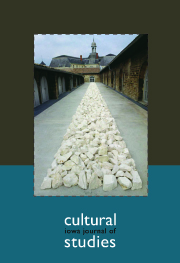 lly published in the Iowa Journal of Cultural Studies.

In the piece, Young accomplishes all of the moves expected of an academic argument, but does them using AAVE. To get a glimpse of the rhetorical work, here is a section from the first two paragraphs:

“He [linguist Stanley Fish] say dont no student have a rite to they own language if that language make them “vulnerable to prejudice”; that “it may be true that the standard language is […] a device for protecting the status quo, but that very truth is a reason for teaching it to students” (Fish “Part 3”).

As this passage suggests, Young makes a convincing argument for how to teach written English, the connections between language difference and race, and that AAVE can be academic.

Although I have not used this piece in a course, I can imagine a range of uses. First, this text clearly complicates notions that Standard Edited American English is the only language acceptable in the academy and the only language of knowledge production. Second, you could use this text to consider how academics engage in conversation, pairing the text with Stanley Fish’s article Young responds to. Third, Young allows you to have a conversation about the connections between stigmatized language difference and race.