In “Nobody Mean More to Me Than You and the Future Life of Willie Jordan,” poet, essayist, and activist June Jordan, argues for the legitimacy of Black English, now often referred to as African American Vernacular English, by intertwining two narratives: accounts from two of her courses on Black American writers and the personal story of one of her students Willie Jordan (no relation). This essay brings together both Standard Edited American English and Black English as well as personal and academic narratives.

Jordan begins by recognizing that: “White standards of English persist, supreme and unquestioned, in these United States. Despite our multi-lingual population, and despite the deepening Black and White cleavage within that conglomerate, White standards control our official and popular judgments of verbal proficiency and correct, or incorrect, language skills, including speech.” Unfortunately, although this was originally published in 1988, the 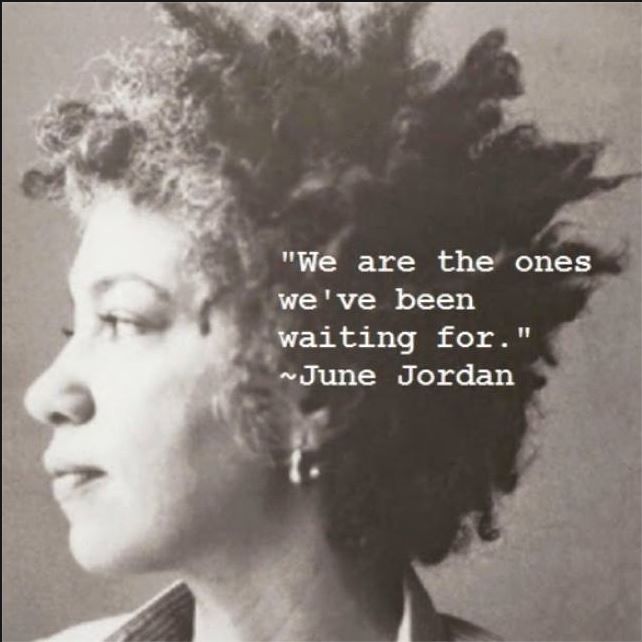 same standard remains. Jordan then discusses teaching Black English in two of her college classes. Interspersed with scenes of students grappling with language in the relative safety of the classroom is the story of a police shooting of a young Black man, the brother of Willie Jordan. The article culminates in Willie Jordan’s fellow students’ writing to the media in Black English. Jordan writes that “everyone in the room realized that our decision in favor of Black English had doomed our writings, even as the distinctive reality of our Black lives always has doomed our efforts to “be who we been” in this country.”

This article raises many questions about the dominance of SEAE, the reality of linguistic inequality and oppression, and how academic discourse can be responsive to non-standardized language use. In the classroom, many students will begin conversations discussing Black English as a “dialect” and refusing to recognize it as a legitimate language, as Jordan argues. Students may also be resistant to the conversation about race, so I suggest devoting at least a full class, if not several, to working through this text.

This can be paired with James Baldwin’s “If Black English Isn’t a Language” to help students move past the idea that Black English is simply a “dialect” that is a substandard version of Standard American Edited English. I’ve also followed this with a writing exercise that draws on Jordan’s description of the class translating between discourses.

One thought on “Reading: June Jordan’s “Nobody Mean More to Me””